On day four of the second Test, Captain Joe Root made a double century however, England’s hopes to win the match and draw the series with New Zealand might be disadvantaged by the weather. Root’s painstaking 226 from 441 balls and 75 from Ollie Pope aided England to 476 and their first-innings lead of 101. The Black Caps fell on to 28-2, however, Ross Taylor and Kane Williamson guided them to 96-2, trailing by just only five runs. 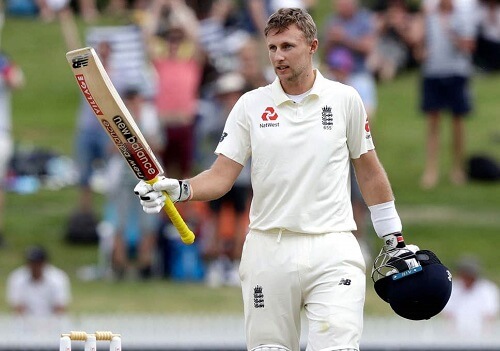 Heavy rain is expected to fall in Hamilton for much of the last day. And on a pitch which is still great for batting, New Zealand is confident to see play is possible on Monday from 21:30 GMT.

Root doubles up – Once again

This took place for the first time England – 269-5 overnight – he made 400 in the first innings ever since Alastair Cook’s double century compared to Australia in Melbourne about two years ago. Root truly led by example. While he was also patient – he was in the middle for over 10 hours. He played well off his legs and used soft hands to dab the ball down to the third man, he took quick singles and, when England chose to push towards a declaration, he hit out striking pace bowler Matt Henry back down to the ground for six. Root’s only real miss-step came on 199, he called Pope over for a quick single and his partner had run out at the non-striker’s end. Pope then dived, but Root was able to rejoice his third Test double century. He was supported by Pope in a 193-run stand with the sixth wicket. Playing in the fourth Test and kept the wicket in Jos Buttler’s absence, Pope at first struggled to keep up with Root’s tempo.

The stats to know on Roots

‘We can still win’ – England

England’s captain Joe Root said” I have been close for a very long time in terms of a real big score. I have not ever felt like it has been far away. “Once I managed to get in, I had the bit between my teeth and wanted to make a huge one. We got ourselves in this position where we can still make a win.”