Tanzania vs Equatorial Guinea prediction come ahead of the Africa Cup of Nations qualification on November 15th at Tanzania National Stadium. These two teams play their match with a huge number of bookings. The game will kick off at 16h00 UK time. 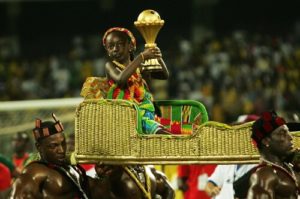 The two teams haven’t played Head-to-Head matches in their history, however this time, Tanzania will try by all means to get the necessary victor against Equatorial Guinea in the first round. If they manage to beat them at home, they will stand a better chance of reaching the Cup. Certainly, that is not going to be an easy task for them, due to the solid form of the guests. Tanzania has only four wins after the even time from the previous 20 consecutive matches. On the other side, Equatorial Guinea isn’t shining that much as well, as they come with slightly better results in a 20-match span. Both of these squads play tough and hard football and with that in mind, bookings are most likely to be seen. Above and beyond that, with a game full of rhythm and fouls disturbances, we will most probably see under 2.5 goals. Most of the football matches they play finished in that style, so it’s safer to say that this is one of the top possible picks here. Predicting a winner isn’t necessary. However, the game can end with a draw.

This is their first game in recent history so we have to look at other things without tradition involved, however with their recent type of style of play. Both football teams are bad ones, so the best score will not be an easy task to predict. Tanzania might probably win it minimally, based on facts and their home stadium.