The 2019 Rugby World Cup final is here and England will be taking on South Africa. The game will take place this Saturday, the 2nd of November 2019. England is now given a chance to win the Web Ellis Trophy for the 2nd time in history. However, with that said, The Springboks have a habit of winning the World Cup in every 12 years. 1995, 2007 and even now possibly 2019. It was such a case of mixed emotions over this fascinating semi-final weekend: pure joy at England’s spectacular performance against New Zealand, and a very deep depression at Wales dropping so close yet again at the last four stages. It was known that semi-finals would leave everyone with a huge head-to-head between two of the top sides in the sport, and now we have England prepare to face South Africa for the finals at International Stadium, Yokohama. 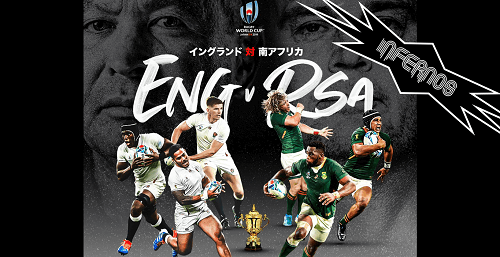 What’s even more fascinating about this final is that when these two big rugby nations went head-to-head in a three-match Test series last year in South Africa, it was very clear to see both had so much talent to win the World Cup, however, they still have so much development that they have to go through – and a lot of problems to solve in order to be ready to face the 2019 RWC. Time was very much against both, but in 16 months England and South Africa have completed the change to world-class – and great credit needs to be given to both of the coaching teams and, of course, the players.

Whatever takes place in Saturday’s final, the world should expect to see is two nations dominate the world rugby for the next four years. We foresee the best RWC match ever. Don’t miss out. Go ahead and sign up at your best sportsbook online today and place your bets.