Bottas Leads the Way After His First F1 Testing Session

Valtteri Bottas set an early standard in Barcelona as Formula 1 returns to the action of pre-season testing. Bottas posted a 1:17.313 on the C3 medium tires which seat him clearly at the top by 0.062 seconds to Racing Point’s Sergio Perez. The Red Bull’s Max Verstappen then rounded off the top three, with four-tenths behind on the hard compound. The day has not gone totally to plan for Ferrari, though, as they got forced into an impromptu driver change due to Sebastian Vettel dropping ill. Charles Leclerc then took over on driving duties however spent a large chunk of time in the Ferrari garage. Also, he took long to leave them lagging behind a little bit. Photographers snapped Leclerc doing some bit of homework in the Scuderia garage. His notes also revealed that the SF1000 understeered in ‘the mid-corners’. Leclerc was able to go back to the track before the lunch break though remained in P7, which is a shade that is under a second off the early pace. 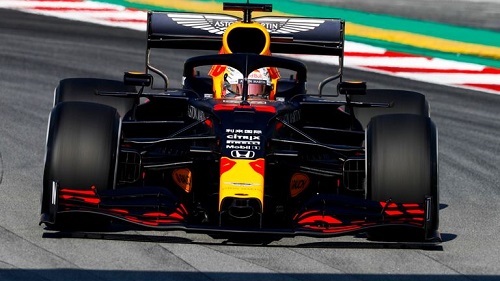 F1 Testing as It Takes Place

six tenths behind were Carlos Sainz, P4, and Esteban Ocon, P5, while George Russell, who won the honour of being first out on track also slotted in above Leclerc in P6. Alfa Romeo’s standby Hakas’ Kevin Magnussen, Robert Kubica, and Daniil Kvyat completed on the top ten. The latter having a slight issue of note with a coding issue that was discovered on the new-look AT01.  It was punctually fixed, however, on a morning that saw zero red flags and most drivers get a Grand Prix detachment under their belts. The afternoon session will then see four drivers change take place. Antonio Giovinazzi is in for Kubica, Daniel Ricciardo replaces Ocon, new boy Nicholas Latifi will make way for Russell and the reigning World Champion Lewis Hamilton will be getting his first taste of the track action in Barcelona.