Werder Bremen to host Union Berlin and they are desperate for points to escape the relegation zone.  The team sits in the 16th position after 20 matches played, a point clear of Fortuna Dusseldorf and also two clears of rock-bottomed Paderborn. They hope to build on the positives of current results and close the six-point gap to both Berlin competitors, which could make the fight for top-flight survival more interesting. Die Werderaner shocked Borussia Dortmund (3-2) in DFB Pokal at this ground days ago, as Leonardo Bittencourt and Milot Rashica made it on the scoresheet. They lastly felt more confident in moving forward and with that in mind, there will be more to build on here as well. 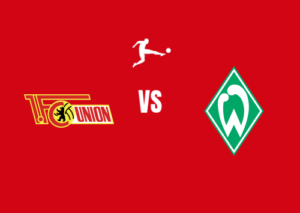 Union Berlin is at risk of being dragged into the relegation fight, having lost four of their last five league matches. First-choice goalkeeper, Ingvartsen and Gikiewicz will both be assessed after they picked up injuries against Verl.  Coach Fischer must select between Hubner and Parsensen to substitute the deferred Friedrich in the centre of defines.

Werder Bremen hope for their midweek cup win at home to Borussia Dortmund and this could spark an upturn in their unhappy league form. January signing Selke now face a late fitness test after having to come off with a knock against Dortmund. However, he is not expected to be out for a long time. Right-back Lang returned to training on Wednesday.

Werder Bremen threw 19 points from winning spots this season, more than any side in the Bundesliga. Union Berlin has taken one point from their last five away games so the hosts must be fancied to draw their first blood in a game they almost have to win.