Are we ready for Venus Williams vs Coco Gauff? Well, we better be getting our bets ready to be placed at top sports betting sites.  The match will be taking place at Melbourne Park, Melbourne on Tuesday the 21st of January, 2020.  The weather is expected to be of showers throughout the day. In their last meeting, Coco Gauff beat Venus Williams 6-4, 6-4 Learn about Tennis here! 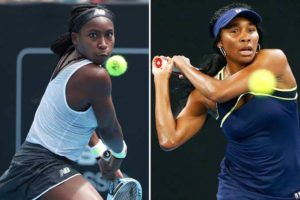 The Lowdown on the Players

Venus Williams, 39, returns to action ready to turn back the years at the venue which has seen her losing twice in the singles’ and final at the hands of her sister Serena.  She failed to exceed the third round in Grand Slam events in the past two years. Moreover, she suffered first-round loss four times throughout that spell and one came against rival Coco Gauff at Wimbledon.

In her third Grand Slam events, Coco Gauff faces an acquainted opponent as she once again faces off Venus Williams who she shocked back in July at Wimbledon with a 6-4, 6-4 win at the age of only 15-years-old. Gauff has gone to prove that her result was no fluke as she went on to reach the fourth round at Wimbledon. Also, she went on to win the third round in the US Open at only 15-years of age.  She has high hopes to do well in her first entrance in the Australian Open.

Coco Gauff hit headlines last year when she shocked Venus Williams at Wimbledon. With that, she has since then been an extremely promising future tennis player. This will be her first appearance at the Australian Open, however, that will not scare her in the slightest. She plays against Venus who did pull out of events in Adelaide and Brisbane due to suitability concerns.