Ireland is to face the unenviable task of having to try to end New Zealand’s 12-year undefeated run at Rugby World Cups. The teams are to meet in Tokyo to fight for a place in the last four this coming Saturday, the 19th of October. 2019. The All Blacks, are looking to win their third consecutive title. The team last lost a World Cup match in the quarter-final in 2007 tournament, against France. Ireland, in the meantime, never reached the semi-finals of the World Cup, having dropped at this stage on no less than six occasions. The reigning champions ended on top of Pool B regardless of having their final match called off by Typhoon Habibis, mainly thanks to an imposing opening weekend win over Springboks (South Africa). 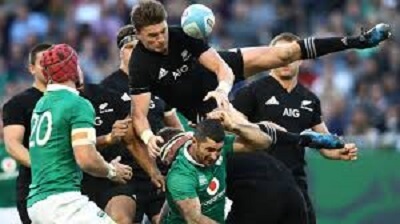 Ireland will play without Bundee Aki, as he was handed a three-week ban for his red card in the win that was over Samoa. However, they do have Robbie Henshaw available after he came back through his comeback unscathed. New Zealanders are expected to be at their full-strength.

Ireland’s current success against the All Blacks – their only two victories against the Kiwis have now come in their last three meetings.

All Blacks and Ireland have played against each other on 31 occasions with New Zealand winning 28 of them. Ireland has one-two games with one drawback in 1973. Nevertheless, recent history favors Ireland. Their only two wins over New Zealand came in the last three games against them giving Ireland superior record since the year 2016.