Wolverhampton felt hard done for not being able to get anything on their trip to Anfield on Sunday. The team lost 1-0 against the league leaders. The trip to Vicarage Road to face Watford looks like a complicated fixture for them. The Hornets kicked into survival gear, after collecting back to back wins on home soil. 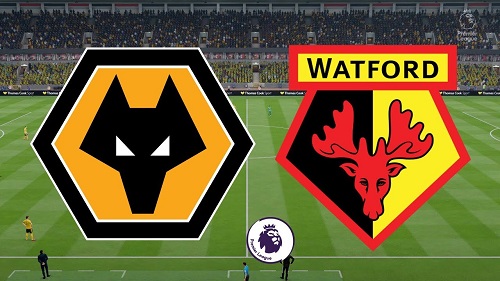 The Hornets managed to secured a great 3-0 home win over Aston Villa the past weekend. They were very comfortable with 10-men for the remaining 20 minutes or so. That was another big point haul and their safety looks like a realistic target than it was in the mid December. Watford are W2 D1 in their previous three games, both wins coming on the home soil. The wins, against Villa and Man Utd, were with a clean sheet and moved to Watford on to a W2 D4 L4 home record this season. The Hornets are undefeated in three at Vicarage Road, not getting in any of those. The team has been goal-shy in this season and they have fired off just nine home goals. Five of those in their last two. Both teams scored in one of Watford’s previous six league matches home and away. In total, the Hornets earned a clean sheet in half of their home matches.

Watford vs Wolverhampton Head to Head

Watford to triumph: Watford showed a bit of gravel under Nigel Pearson and there might be something in this match for them. Their home game form is up and Wolves did struggle to get past Norwich in their last away match, plus will head to Vicarage Road on the back of a draining shift at Anfield.