Wales will be attempting to qualify for their first Rugby World Cup final by going head to head with the Springboks (South Africa). Springboks have won 28 of the 35 games between the two teams with one draw. however, Wales won the last four in a row dating back to the year 2015, when SA knocked Wales out of the 2015 World Cup at the quarterfinal stage. 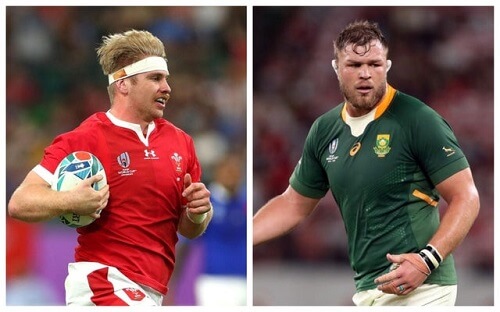 Wales have put in an underwhelming presentation however took advantage of France going down to 14 men in the second half as they snatched the win late in the game and progressed to their third RWC semi-final.  Jonathan Davies might return at the centre for the semi-final clash after he had missed out against France due to a knee issue. The Welsh are dealt with a big blow with confirmation that the back-rower, Josh Navidi is out of the RWC tournament due to hamstring issues which ended his game hastily against the French.

South Africa has managed to resist wave after a wave of Japanese attacks to keep the hosts at bay. the team has successfully managed to make it to the semi-finals. Tendai Mtawarira was fortunate to escape with a yellow card for a tip tackle that was against Japan and the Springboks prop looks are set to avoid a ban which will be a huge relief for his side.

Wales did enough to beat the French side in the quarters, while the springboks looked like they have developed a winning streak, if not a slightly boring, game plan against Japan