Home » PlayUp under fire for allowing Self-Excluded Gamblers to Gamble

PlayUp under fire for allowing Self-Excluded Gamblers to Gamble

PlayUp, an Australian bookmaker was discovered to have been allowing players who have asked to be excluded from gambling to place wagers. The sports gambling operator is licensed in the Northern Territory where code of conduct for providing gambling services lists self-exclusion as one of the rights Australian gamblers are entitled to. Daniel Simic, PlayUp’s CEO, told Guardian Australia that up until now it was very possible for his firm to accidentally give service self-excluded players because the operator has several licenses managed as separate businesses and was not permitted to share information about betting customers amongst each other. As of November, the distinct operations have been combined into one business. Mr. Simic confirmed that said that the findings of self-excluded bettors being allowed to bet with their brands would not break their license. 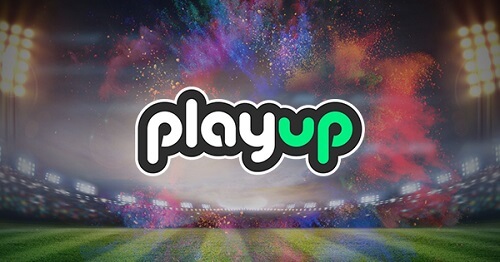 PlayUp started as a mobile-focused worldwide gaming platform on which bettors were able to bet small amounts. The operation later moved its focus on providing broadcast content and sports media. It’s then-parent firm Revo Pty Ltd received backing from a group of high-profile investors such as the family of the previous Australian Prime Minister, Malcolm Turnbull, billionaire Bruce Mathieson, Richard Smith, Queens Counsel Allan Myersnand John Higgins, amongst others. Revo then went into liquidation in January 2016. It was exposed that its creditors were then facing paper losses of over A$100 million. Mr. Simic then bought the PlayUp assets off failing Revo in the spring of 2016 and set up PlayUp Limited to manage the newly acquired business. After Mr. Simic resuscitated the PlayUp brand, he then bought numerous betting operators, including Bet Bet, Classicbet, TopBetta and Madbookie.

It was then reported that PlayUp’s Chief Operational Officer, Andrew Parramore, told other firms executives, including their CEO, that the issue of players who had self-excluded from gaming with one of their brands continuing to play with another needed to be addressed “ASAP” as PlayUp was uniting its operations onto a single platform. When asked to comment on this, Mr. Simic then explained that it “would have been indeed possible” for players to place bets on one platform while being excluded from another, if their data on the platforms did not match. The executive then went on and said that they had no way of knowing “who’s who if incorrect data has been entered”

He said that his firm has not “actually done anything wrong” and that all their licenses “have their list and we’re not allowed to share data [between them] anyway.” Self-exclusion was an imperative measure within Australia’s first National Consumer Protection Framework for internet sports betting that was introduced.