Luis Collazo of Brooklyn, New York, known as the Veteran welterweight will be facing unbeaten Uzbekistan, Kudratillo Abdukakhorov in a 10-round bout. The match will take place in Philadelphia on the 18th of October, 2019. Collazo last fought in a game when he beat Samuel Vargas by a 10-round split decision. Abdukakhorov was the last one in action in March. Even when he beat Keita Obara by a 12-round in an undisputed decision. 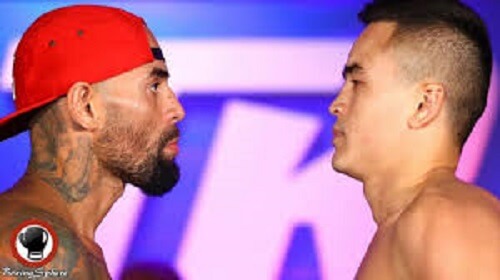 The 38-year-old, Collazo is 39-7 with 20 Kos to his own name and he might have some ring rust since this is his fourth match since 2015. He is a solid veteran and a former WBA world champion (2005). He can’t be taken lightly even though he is in the twilight of his career. Also, he has lots of experience against best boxers like Ricky Hatton, Keith Thurman, Andre Berto, Victor Ortiz, Amir Khan and Shane Mosley. He lost undisputed decisions to Berto, Khan, Mosley and Hatton and he stopped Ortiz. Abdukakhorov is a 26-year-old and lives in Kuala Lumpur, Malaysia. He enters the ring with a good record of 16-0 with 9 Ko’s. He’s half an inch taller than Collazo at over 5-feet-9-inches and unfortunately, he has an unlisted reach. He turned pro in 2015 and has since boxed 105 rounds. He’s not the weightiest of hitters but has power than Collazo with a current knockout ratio of 56.3 per cent.

Collazo is a solid pro and has a lot of experience. At the age of 38 though we don’t know if he will manage and has enough left in the tank to defeat a young up-and new comer who’s 12 years his junior.