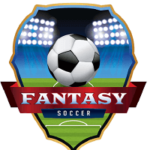 Fantasy soccer betting is a great pastime around the world, including New Zealand. Every year, thousands of bettors build fantasy soccer teams for leagues based on the world’s top in the sport. This could be the English Premier League or La Liga and more. Fantasy Soccer exploded over the last decade with millions of online managers poring over statistics for hours every week with the hope of gaining an edge.  The success in the Fantasy World may lead to profit in the real world of gambling.

How Does Soccer Fantasy Betting Work?

Just like the season-long game, virtual gambling on fantasy soccer requires participants to select a line-up of players they believe will perform best. Player selection is limited by the salary cap and every 11-man roster must include players from at least three teams.

When picking the roster, participants must also field a goalkeeper, three defenders, three midfielders and also two forwards. However, they must have the extra flexibility of two value players, that can be assigned to any outfield position. As such, numerous different formations can be fielded according to the fixtures on every match day, with players getting points for a number of actions during games.

Check out the tips to take note of when betting on fantasy soccer.