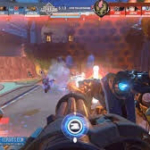 Overwatch is one of the most popular competitive multiplayer first-person shooters video games. The game is set to experience great growth in the competitive esports scene. Most betting sites are now taking bets on the game and they keep offering players more betting options. With several mainstream sporting leagues, retired professional athletes and notable executives investing heavily in the upcoming esports Overwatch League. There is no denying it is rapidly getting the mainstream attention that it deserves. So, we can say that there is no better time than now to familiarize yourself with the game. Read our guide to learn more about the format, meta, rules, and the best teams that are currently leading the pack.

The Overwatch League is a professional esports league for Overwatch, with its initial pre-season officially starting on December 6, 2017. The official season kicked off January 10 and ran through until July 2018. The game was, however, first announced in 2016.

The initial season is structured more like the traditional North American professional sports leagues. All teams play scheduled matches against each other. They play for a top position in the season playoffs, which is dissimilar to the structure in other esports games where team promotion and the relegations are more common.

Can I Bet on Overwatch?

Overwatch is the kind of a video game that appeals to both casual and hardcore esports fans. So, it pays to brush up on your gameplay knowledge. This is so you can keep up with the fast-paced nature of the high-level gameplay in the Overwatch League.

Overwatch is a first-person shooter with a big emphasis on team play and multiplayer focus. What makes the game different from other games is that every single game mode in very competitive play that requires the completion of the main aim as a team.

Overwatch is extremely accessible to choose and play, however, difficult to master. Thankfully, the Overwatch League pre-season had prepared for their official esports effort with great player tracking and scoreboards. Players can keep track of the action without having to shift between cameras unduly, as in the past.

In Overwatch, two teams of six go head-to-head on a change of different maps and diverse game modes. Every player picks from a roster of 20+ characters or ‘heroes’, every one of them with their unique playstyles, move sets, abilities, pros, and cons.

Offense: This is used to inflict damage to the opposing team. Usually fast and able to get around the map resourcefully.

Defense: Used to set up turrets, mines, traps, and plays which do require finesse and timing.

Tank: Used to absorb large amounts of enemy damage or hold a strategic position due to their big health pool.

Support: Used to back the team with polishing and healing abilities to increase the survivability and minimize the amount of respawning that is required for the team to get back in the game.

Learn the Overwatch lingo to understand what means what when gaming.