League of Legends is one of the biggest esports video games. The game is played by millions of people worldwide. Available at most online betting sites, LoL is the most common game you will find. The best sportsbooks online for League of Legends gaming vary greatly depending on location. Players have to make sure that they play at the best sites that are licensed and regulated. 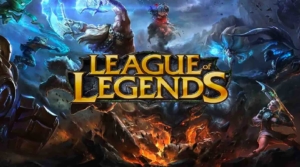 The Game of League of Legends Champions

League of Legends is a Mac/PC OSX multiplayer virtual battle arena video game. It has become the biggest esports globally since 2009 when it got the release. With lots of tournaments held around the world to celebrate pro LoL players. Million-dollar prize pools and tickets are being sold out like hotcakes. Its only natural gamblers would want to pay more attention to the game that is responsible for bringing their beloved hobby to the world stage in the present years.

League of Legends game is a fast and frantic multiplayer online battle arena. The game is perfect for competitive play, both between friends and at a professional level. The video game blends the gameplay of numerous genres, including the real-time strategy and role-playing games to create something unique. Players control one of 135 + champions, with their unique gaming abilities, skills, and also playstyles to accommodate a great variety of different tactics and strategies, and it also pits them against enemy opponents. 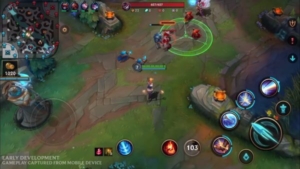 A typical League of Legends game starts with two teams of five players at opposing sides of the map, known as the Summoner’s Rift. The beginning area is known as the Spawning Pool, which houses a vital structure at its heart, the Nexus. The game aims to destroy the other team’s Nexus, which protected by members of the opposing team and defensive structures and obstacles like minions, turrets, and neutral monsters. The match is won whenever the other team destroys the other’s Nexus first.

Class Types on League of Legends

Assassin: is a nimble champion that specializes in fast damage meant to take down enemy opponents as quickly as possible.

Mage: A magic-wielding champion that specializes in powerful spells and support skills that defeat opponents quickly and buff associates with a diverse range of aids dependent on the champion.

Fighter: A jack-of-all-trades champion specializing in being a damage dealer or the tank, with a decent health pool and higher-than-average damage output.

Marksmen: A fluctuated champion that specializes in dealing with physical damage safely from a distance.

Tank: A very tough champion that specializes in crowd control and to keep opponents at bay due to their high health pool.

Support: A support champion that specializes in backing up team-members with most helpful buffing and the healing abilities, or even debilitating enemy opponents with incapacitating effects.

Here are the types of bets you can place on league of legends esports, based on the available markets that are offered highest-rated esports betting sites.

Match Winner: Here you are betting on the result of the match.

First Inhibitor/Tower: You place a wager on the team that kills the first tower or inhibitor.

Handicap: a bet on whether the team with handicap advantage or disadvantage will win one map in a series or to triumph without dropping a map.

Outright Winner: A common bet placed on esports is betting on the overall winner of specific tournaments. 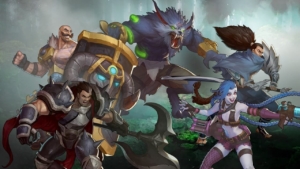 League of Legends betting is available at most of the best online betting sites. With the game being the most popular and played, new players would also need to get in and start enjoying the games. If an online bookmaker has esports betting they will almost certainly have betting options on LoL