The semi-final line-up is more of a much-predicted pre-tournament to the final predictions’ and the journey has delivered unparalleled drama and unbelievable, unforgettable storylines. It leaves with another classic rugby tale that’s to come – north versus south – as New Zealand and England and also Wales and South Africa will go toe-to-toe. 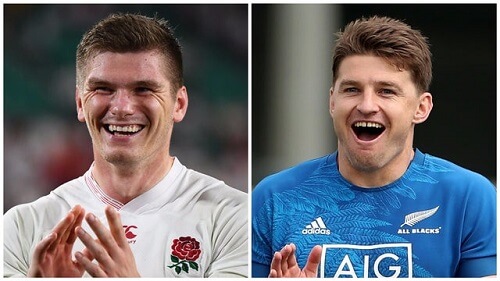 England progressed to the semi-finals of the 2019 Rugby World Cup for the first time in 12 years the team produced a dominant display against Australia, however, they are now going to face the toughest task of all as they will be facing New Zealand for a place in the final. Head coach, Eddie Jones might choose to stick with a similar starting XV for England’s threatening clash, however, George Ford will hope to start after he came from the bench and also helped his side to see the match out against the Wallabies.

New Zealand has made light work of Ireland as they went a step closer to winning the 2019 Rugby World Cup for a record third successive occasion. However, they now will be in for a rough contest against the strong English side. The All Blacks are set to be short of flanker Matt Todd for the contest after he injured his shoulder again against Ireland. So, he is unavailable for this match with the head coach Steve Hansen has already ruled him out. With Todd only seeming from the bench against Ireland, Hansen is then going to be forced into a rethink in terms of his exchanges but his starting line-up looks to contain any ch anges from the dominant victory over the Irish.

England has sent out a message with its excellent display against Australia before New Zealand debatably enhanced its performance that lays a vivid platform for the semi-final. The latest world rankings released following the quarter-finals show that these are thought to be the top two teams in the world. England is decent enough to upset the odds and to beat the All Blacks however, they have little margin of error that might be too much pressure to handle.