RWC-England vs Australia preview and predictions

England looks to right the wrongs they made four years ago when they meet Australia for a place in the RWC semi-final. At the last Rugby World Cup, in 2015, England lost a pool stage game against Australia that saw them dumped out on their home soil. Under Eddie Jones, they have won six of their meetings against Wallabies, and they will be favorites to make it a seven out of seven in Oita. England outdid Pool C by winning three of their completed matches with bonus points. Also, they then had what would have been their group decider with France called off due to the Typhoon Hagibis. Australia in the meantime had to settle for second place in Pool D after they had lost a game of their own against Wales. 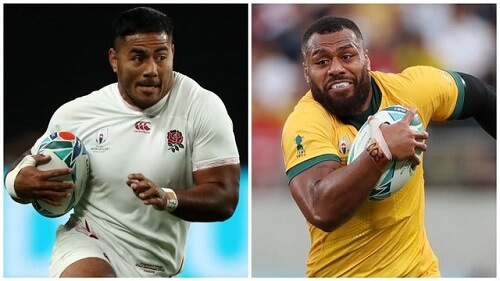 Eddie Jones has jumped a big selection shock when he switched Owen Farrell from inside center to fly-half and dropped George Ford to the bench. Manu Tuilagi stepped inside to 12 and Henry Slade comes into midfield. England’s preferred 10-12-13 trio throughout the Six Nations and it is no doubt designed at least in part to counter the threat of impressive Wallabies centre Samu Kerevi.

Australia’s cricket coach Michael Cheika opted to move the 19-year-old Jordan Petaia from the wing to outside centre, where he will be partnering Kerevi. Reece Hodge then returns from his three-game suspension and Kurtley Beale remains at 15 after he passed the necessary return to play protocols after a head knock, he sustained against Georgia. Captain Michael Hooper arranges his rummaging partnership with David Pocock. Allan Alaalatoa then gets the nod over Sekope Kepu at tighthead. Christian Lealiifano and Will Genia are paired together at half-back, while there is no place in the game squad for Dane Haylett-Petty.