Zhang “Faith_bian” Ruida is removed from the EHOME’s active Dota2 roster for medical reasons. This was announced by the Chinese esports organization. The 22-year-old offlaner has been scheduled for surgery to remove an intramedullary nail on his upper arm. This procedure has been in the works since last year February 2019, when the player cracked his humerus in a team photoshoot last year at MDL Macau 2019.

While the operation is considered to be a simple one and low-risk affair, Faith Bian will remain side-lined for a few months.

“Faith_bian, the position three players of the EHOME Dota2 team followed the doctor’s advice and will be undergoing a nail removal surgery in agreement with the original plan soon,” 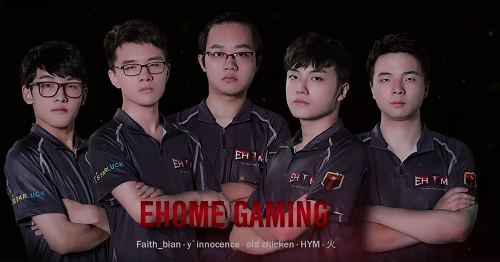 EHOME is now working towards finding a replacement for the player. That might prove a bit tricky, nevertheless, as he is a strong leader who played an essential role in his team’s success in the Dota2 esports scene over the years.

Even though EHOME is yet to announce who will be filling in the offlaner position, Faith_bian had suggested his team should consider He “Inflame” Yongzheng. The 27-year-old free agent that has previously played for EHOME in 2015 before leaving to play for the CDEC Gaming, LGD. Forever Young, Newbee, and Team Sirius. Also, he had a short stint as head coach of Royal.

More data about EHOME’s situation should be available in the upcoming weeks. Though, with no games on EHOME’s schedule for a week, the Chinese squad has plenty of time to find a supernumerary player.