Bayern will welcome Olympiacos to Allianz Arena this Wednesday evening,06 November 2019. The team looks to take the fourth win in as many games in Group B. The visitors are in search of their first victory of the campaign. The German giants Bayern are without a manager ahead of this fixture, as Niko Kovac was removed from his duties after Saturday’s 5-1 defeat to Frankfurt. If there was a good time to face the ruling Bundesliga champions, now might be it. The hosts haven’t done that badly this season, especially in this rivalry, where they have a 100% record thanks to the 3-2 win in the reverse fixture. In that case, Bayern had endured a few scares at the back, while their general level of defending was quite questionable, however, they were strong going forward, so much that they were well-intentioned winners. Generally, in Group B, Bayern looked strong; they show more going forward, scored 13 goals in three games, averaging with less than 22 shots per match. 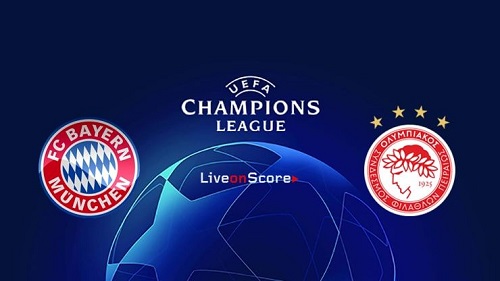 Bayern Munich parted ways with coach Niko Kovac on Sunday evening due to their 5-1 defeat at Eintracht Frankfurt. Hansi Flick, Assistant coach, will take charge of the team for this match and Saturday’s vital league match against Borussia Dortmund, and he has no injury issues to deal with. Predicted line-up (4-2-3-1): Kimmich, Neuer; Pavard, Alaba; Boateng, Tolisso, Gnabry, Thiago Alcantara; Philippe Coutinho, Lewandowski, Coman.

Olympiacos are on top of the Greek Super League, however, they haven’t won in the last 11 Champions’ League group games. Aside from the long-term absentees Konstantinos Fortounis, Lazaros Christodoulopoulos and Pape Abou Cisse, coach Pedro Martins has a full fit squad. Yassine Meriah is more likely to be recalled at center-back ahead of veteran Avraam Papadopoulos, and, Valbuena will return to the starting line-up after having missed the reverse fixture. Predicted line-up (4-3-3): Elabdellaoui, Jose Sa; Ruben Semedo, Tsimikas; Meriah, Guilherme, Bouchalakis; Camara, Valbuena, Daniel Podence, El-Arabi.