Liverpool is set to choose from the squad that faced Wolverhampton Wanderers when Sheffield United had visited Anfield for the first match of 2020 on Thursday night. The game will take place today at 8pm (GMT) at Anfield. The Reds brought an unforgettable 2019 to a close with a hard-fought 1-0 win over the Wolves. This is the result which stretched Liverpool’s undefeated streak in the topflight to 36. While the encounter was flawed by the interference of VAR, Sadio Mane’s 10th goal of the movement saw Jurgen Klopp’s side notch their 18th victory of the season to keep a commanding 13-point lead at the summit. And with the new year upon us, Liverpool is swiftly back in action against a Sheffield United side who had fallen to defeat once on the road in the Premier League this term against Man City. 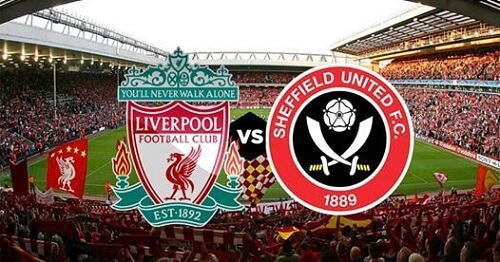 Liverpool has no fresh fitness worries ahead of the Anfield clash, with Jurgen Klopp to choose from the squad of players that beat Wolves. James Milner could come in if Klopp chooses to rotate, however, Alex Oxlade-Chamberlain, Xherdan Shaqiri, Joel Matip, Dejan Lovren, and Fabinho remain unavailable. Sheffield United will be monitoring midfielder John Lundstram in the run-up to kick-off. Lundstram, a boyhood Reds admirer, missed the loss to Manchester City due to an ankle injury however trained on New Year’s Eve and might come back in for Mo Besic. Chris Wilder also has no injury concerns, with Lys Mousset being likely to keep his place upfront.

Sheff Utd will be facing the ultimate test as they go to Anfield with the hope to break Liverpool’s long run of successive league wins at home.